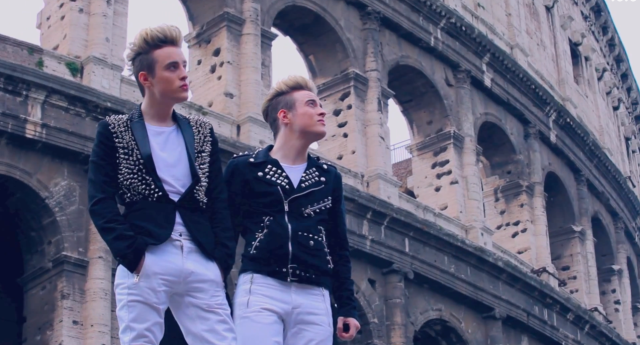 Free Spirit is a bit of a hit in China it seems – and with a population of nearly 1.4 billion, it’s no mean feat.

Jedward China tweeted today that not only had Free Spirit entered Top Chinese Music’s Overseas Chart at Number 10 on the 20th of July, but by 27 July it had risen to Number 7!

This is the chart on the Weibo of  Top Chinese Music’s Overseas Chart (pictures and info thanks to Jedward China):

This chart consists of music that are not Mandarin songs, such as Korean, Japanese or English songs, so there’s a lot of competition.  Well done John and Edward – and thank you China!

4 Responses to Jedward in China!