Jedward might be single – but the X Factor twins insist they aren’t deprived of the shift : GOSS.ie 26/9/2014

Posted on September 27, 2014 by jedworldnews

Goss.ie reported on the Newstalk interview with John and Edward.  This is a nice bit at the bottom:

The Dublin twins also revealed that they believe they have had it a lot tougher in the music industry than other artists.

“I feel like we’re on a different journey to everyone else. Other people kind of get everything given into their hands,” John told Newstalk.

“We have to like make our own music videos. We have to do everything ourselves.”

Edward added: “A lot of people think that me and John would be like manufactured or have people behind us who are making us big or out there but we don’t.” 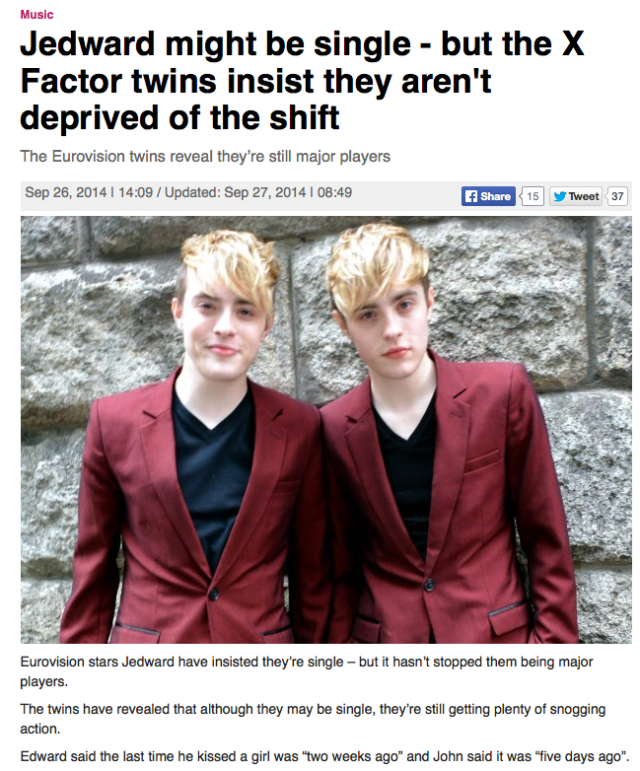 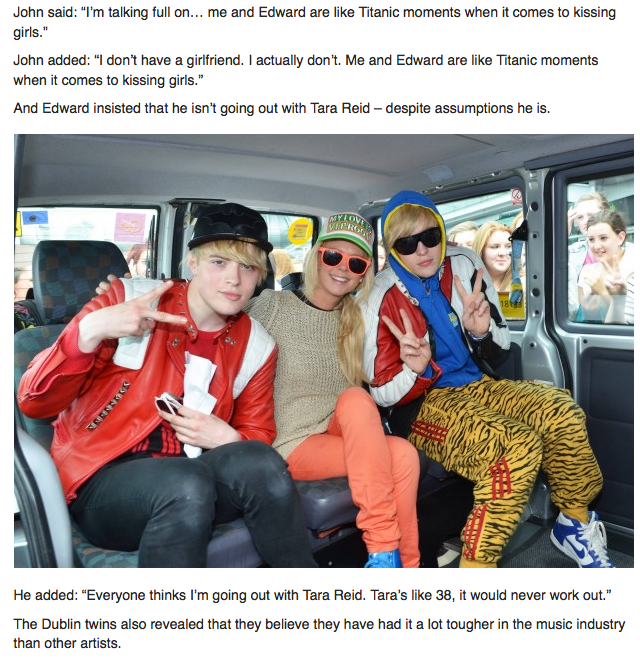 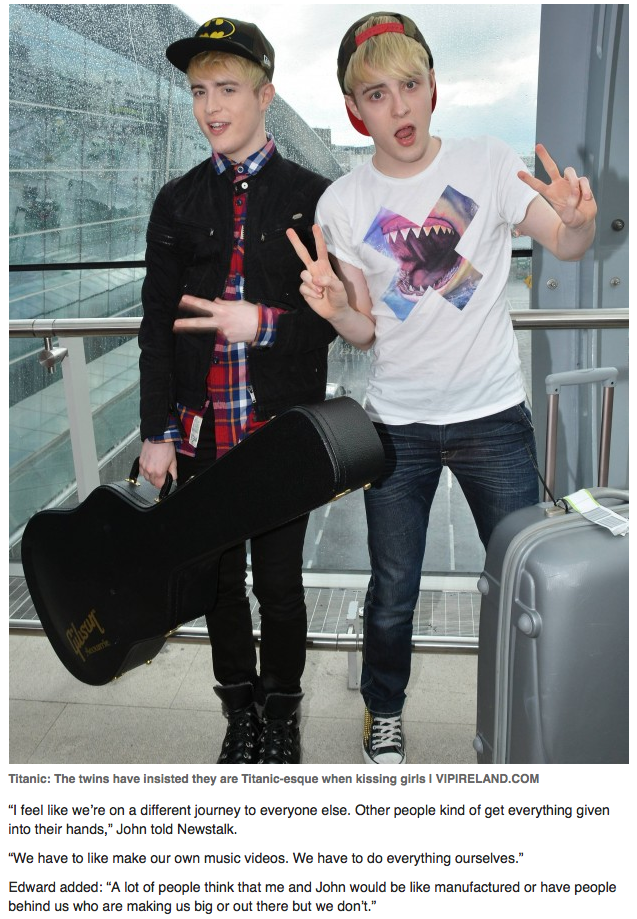