Jedward at the Pride of Ireland Awards 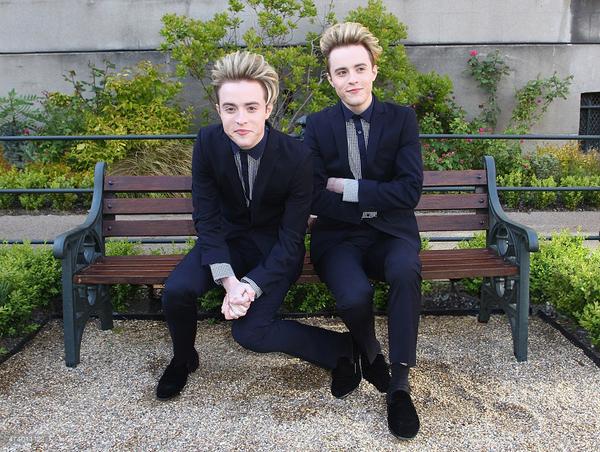 Fresh from their appearance on the Lifeball Catwalk in Vienna on the weekend, John and Edward have presented an award at the Pride of Ireland Awards, held at Dublin’s Mansion House, last night, 19 May.

The twins presented the award to Roisin Halligan, who received the Award for Outstanding Bravery. Roisin gave no thought to her own safety as she leapt to protect her one-year-old cousin Lexi from a horror petrol bomb attack. It’s incredible to think that there are young people so selfless out there as to put the needs of others so far ahead of their own. Roisin suffered some injuries and had to endure skin grafts, but is thankfully recovering well.

Also honoured at the awards was Paula Kerr, mother of Archie, Isaac and George. Paula received the Special Recognition Award for her selfless work for the Join Our Boys Trust, and has to date raised over 700,000 Euros towards finding a cure for Duchene Muscular Dystrophy.

John and Edward have long supported Join Our Boys, Paula, her husband Padraig, and of course Archie, Isaac and George, and last night was no exception.

In the above photo John is seen talking to Paula and Padraig. For more information about the Pride of Ireland Awards, visit their website. Likewise, to learn more about Join Our Boys, please go here.

The Pride of Ireland Awards will be broadcast this Friday night at 9pm, on UTV Ireland.

1 Response to Jedward at the Pride of Ireland Awards