Oh Hell No! The New Video from Jedward is Here!

The music video for John and Edward’s new song, ‘Oh Hell No’, inspired by the title of the third installment of the Sharknado franchise, is on Vevo!

In the clip the twins meet up in a dark alley somewhere in LA – and basically beat each other up. Edward had previously assured fans at London’s Stansted Airport in June that the fighting scene wasn’t real, it was good camera angles and clever editing – but nonetheless it’s very believable! 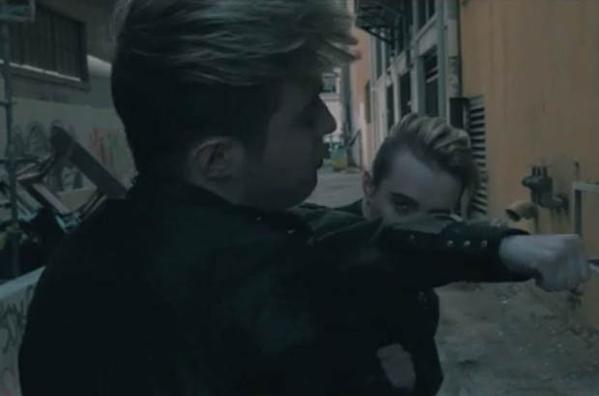 The song is trap style, with a really catchy rap and Bollywood/middle eastern horn section (including a trumpet fanfare). All in all it’s a great song with something for everyone.

The video premiered on Yahoo Music’s website, with further articles about it from the UK’s Daily Star, Press Party, and various music blogs.

This morning @SyfyUK tweeted about the video:

Are you ready for this? Oh Hell No! Check out @planetjedward‘s new single for #Sharknado3

Are we ready for this? Oh hell yes!

2 Responses to Oh Hell No! The New Video from Jedward is Here!