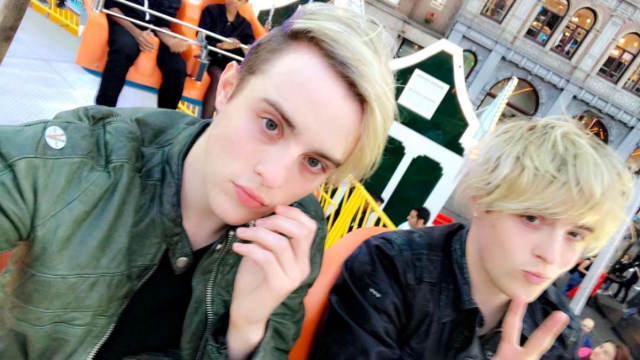 Among all the YouTubers and other video content creators featured at the inaugural VidCon Europe this past weekend, meeting Jedward proved to be a highlight for many YouTube fans.

John and Edward surprised fans and attendees alike on Saturday by flying into Amsterdam, where they attended several panels, as well as chatted with people and posed for photos.

On Sunday they visited Zandvoort, a beach near Amsterdam, as well as the Fun Fair at Dam Square, all of which they documented on their Instagram and Snapchat stories.

Returning to Dublin on Monday evening, they met with fans after they tweeted their arrival time.

This Sunday sees John and Edward rocking Glasgow, as they perform at the Polo Lounge. Tickets are available at the door – see the club’s website for further details.