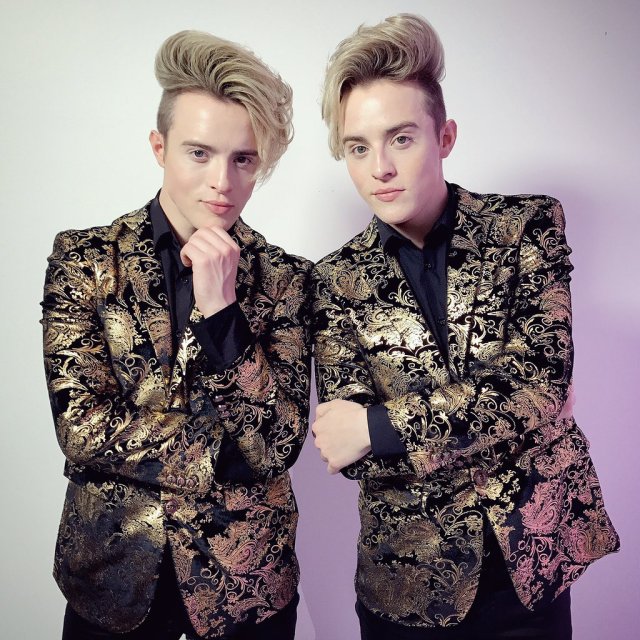 Adding a touch of true class to the event, John and Edward told Goss.ie that the jackets were custom-made. Teamed with near-mirror image hairstyles, the pair were the life and soul of the awards, and they had fun with their table-mates, who included Mrs Brown’s Boys star, Rory Cowan, and Adele King, better known as Irish panto queen, Twink.

At one point John even hijacked Rory’s phone sending a cheery tweet: